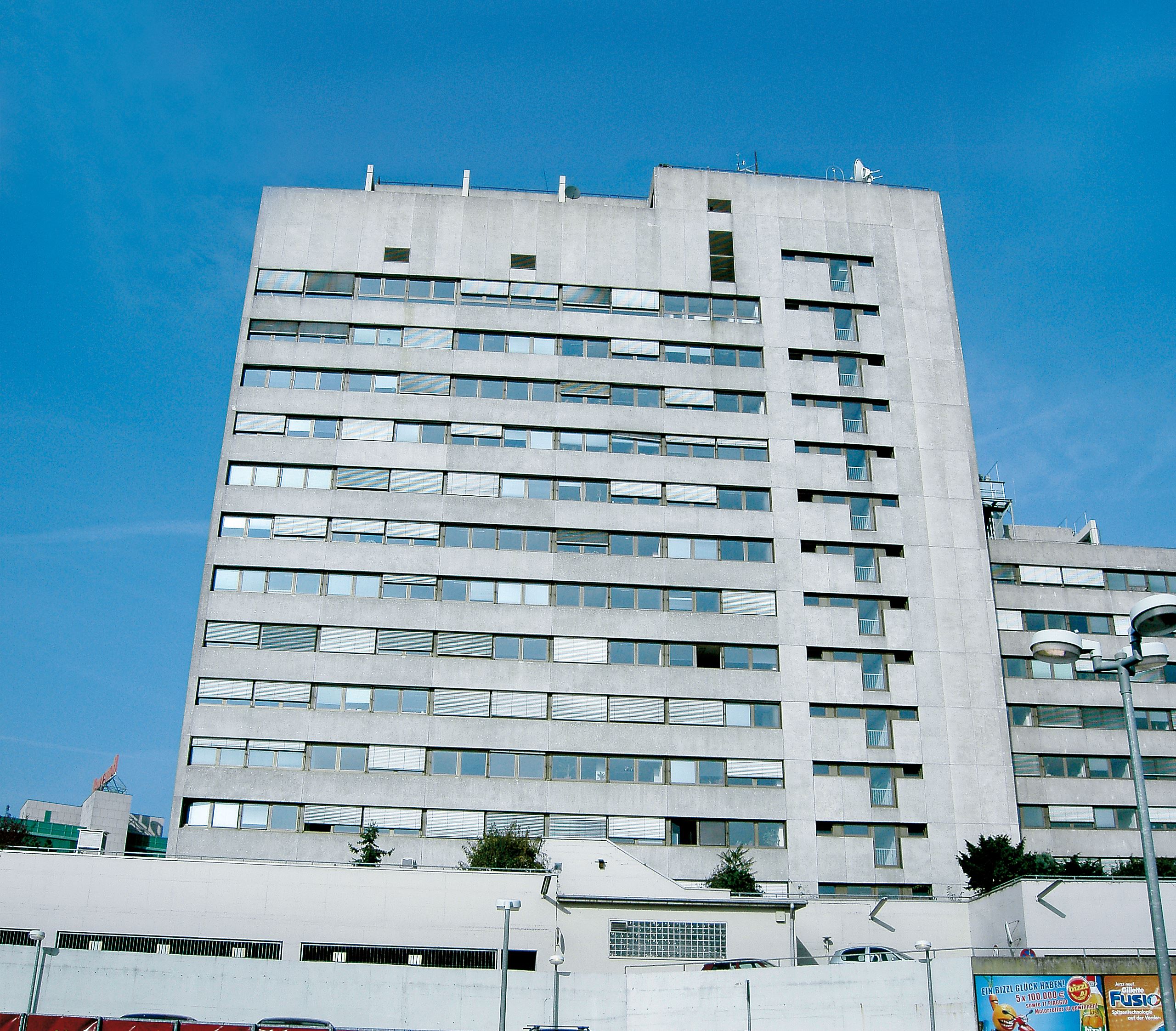 The German Meteorological Service watches the weather in Germany round the clock. After decades, the weather finally began to show its effect on the facade of the three-storey building in Offenbach. One panel had become detached after the steel iron connecting the weather shell with the load-bearing shell had corroded through. The planning engineers in charge of the project decided to secure the heavy concrete panels using the fischer weather shell renovation system. Over 2,800 fischer FWS 230 now hold the heavy facade securely in place.

The panels measuring 1.40 metres by 3.40 metres are held by as man as four weather shell renovation anchors. The 35 mm diameter anchors can carry shear loads of as much as 8.5 kN, whereas the wind suction loads are absorbed with a total of 7,000 fischer FUR10 Universal frame fixings made of A4 high-grade steel. To prevent dirt from settling, the countersunk head of the bolt is set in a recessed disk, forming a flush seal on the surface.

The fischer weather shell renovation system FWS allows the rapid and cost-effective subsequent securing of three-tier facade elements with official construction approval. The renovation anchor is mortared into the load-bearing shell and the weather shell with the FISV injection mortar free of expansion pressure. The drill hole can be made with a standard core drill with just one drill diameter. This saves time and money.