Stadiums for the world cup Russia 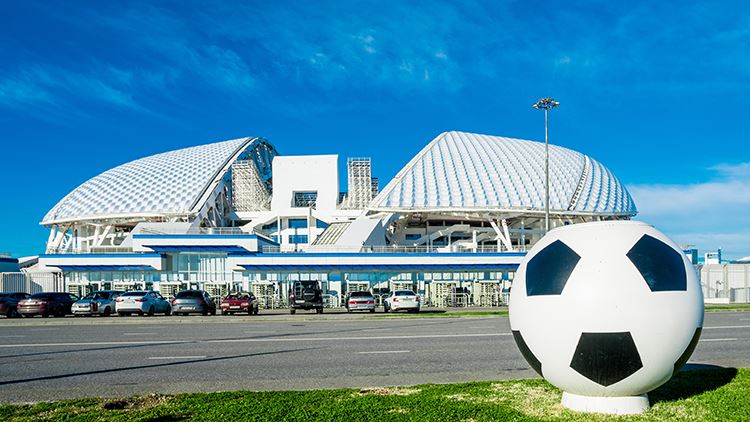 As host country to the World Cup, Russia has completed twelve stadiums in eleven different Russian cities. More than 1 million fischer fixing systems are anchoring spectator seats, roofs, and much more at eight of the football grounds.

The fischer references include the stadiums in Saint Petersburg, Rostov-on-Don, Kazan, Samara, Saransk and Kaliningrad. In addition, the fastening systems secure the Spartak Stadium in Moscow firmly and were mounted in the Olympic Stadium in Sochi, whose capacity was increased on the occasion of the Football World Cup from 40,000 to nearly 48,000 spectator seats.

Numerous applications include fixing steel constructions and fixing a retractable roof, reinforcing and fixing beam grillage, the anchoring of railings, stairs, reinforcements, seats and a rear-ventilated facade, installing fire doors, and guiding and fixing supply lines. Among other things, the products impressed with their high performance and cost-effectiveness and proved their technical advantages in tests.